Why You Shouldn't Fear Failure - Reverie

Why You Shouldn’t Fear Failure 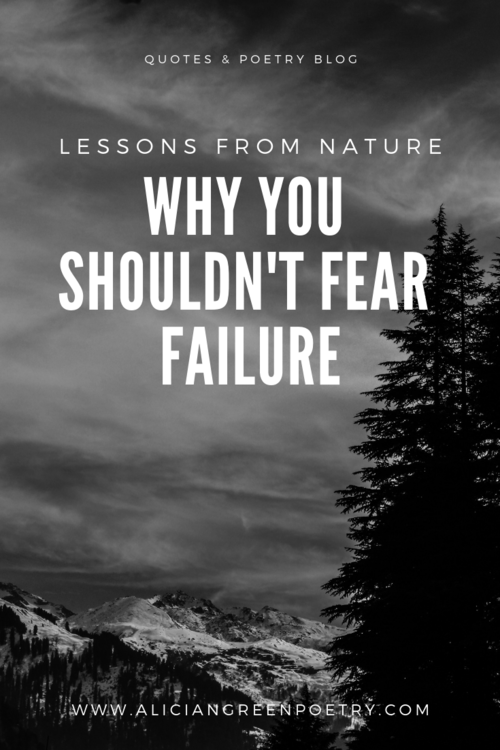 And every shooting star

Falling can be beautiful

when you give it

Failure is an integral part of life. Failure teaches us what doesn’t work. It challenges us to look at the world differently; to try on a new perspective. To take a line from the book of parenting – it builds character.

Think about it – we value the qualities in others that are a direct result of failure: perseverance, determination, hard work, courage. We celebrate those in society who fight against the odds – the ones who fall down and stand back up countless times – and win.

So much good comes from failure. And yet, we fear it.

We fear failure because we’re embarrassed. Because we allow this single action to define the entire culmination of our lives up until this point. We even use the term “failure” to describe who we’ve become. We start to believe that failure is the end of the line.

But as Winston Churchill once said, “success is not final and failure isn’t fatal.”

So give it all you’ve got, even if it brings you crashing down to Earth.

There is beauty in everything – even failure.

Stop fearing failure. Stand up, brush yourself off, learn, and try again.

What’s the most valuable lesson you’ve learned from failure in your life? Leave me a comment below!

« 2nd Anniversary Gift Ideas for Him or Her

Romantic Poetry: 10 Love Quotes and Poems for Your Valentine »

Subscribe Now to Receive a Coupon Code for the Free Gift